After telling various friends about some of our misfortunes while on the road in the Casita since buying it in July 2008, several of them suggested posting them on this blog.  Not that we actually LIKE admitting the dumb things we've done, but hopefully, we can keep someone else from making the same mistakes.

Oct 2010: Apparently, we drove over some pretty rough roads — or I just had too much weight hiding in the closet.  The closet rod came loose from the screw coming through the exterior wall.

August 2010: Although we had a rubber bumper on the belly band to cushion the door opening, it deteriorated after two years, leaving only the bolt. However, before we realized it, the wind grabbed the door out of Jeff's hands and slammed it into the belly band bolt — leaving a large hold in the door with spider cracks leading out from it.  We're still thinking about the best way to fix and prevent this from happening again.

July 2010: We replaced the original faucet soon after buying the Casita, but apparently the spout never seated correctly because the rug below the sink continued to be wet (not constantly tho). We finally replaced the entire faucet & the wetness stopped.

July 2010: The dead bolt lock had us locked out of the trailer in 95 degree weather. Thankfully, the egress window wasn't locked & we managed remove and 'fix' the lock. Jeff ordered a new lock from Casita & we continued our trip. When we arrived home a week later, the lock had fallen apart again (it wasn't even locked) & we had to cut a screen to get access through the only unlocked window. The new lock is definitely heavier duty. At least it gave us an excuse and opportunity to tint the windows while the screen was being fixed.

June 2010: Two days after leaving Santa Fe with a new clutch (finally), we got within 50 miles of home and a wheel screw on the left rear pickup tire broke, letting the wheel and then the brake drum PASS us on the left as it rolled across two lanes of incoming traffic on the interstate, finally resting up on a hill on the other side of four lanes. Thankfully Jeff's extensive truck driving experience allowed him to keep the shiny side up & nothing but the pickup was damaged or hurt. I personally was too totally petrified to even make a sound. . .as I waited for crash, pain, & blood.  We got the truck towed to our local repair shop & the tow driver took the Casita to our driveway (he lived down the road a mile or so from us).

June 2010: On our way to Colorado from Arizona, via Santa Fe, the throw-out bearing went out on the clutch of our Dodge RAM 1500 pickup.  We were stranded in a Santa Fe campground for 3 extra nights waiting to get it fixed.

March 2010: Since we didn't check the water in the Casita's battery, it was dead after two seasons of use.

May 2009: Purchases an indoor thermometer with a separate outdoor sensor we placed on the belly band — and lost it when we forgot to put it inside when we broke camp.


April 2009: We bought an inexpensive screen room, & finally managed to get it put up (without any directions). Unfortunately, the wind kicked up a lot in the evening & dumped it over & bent/broke a few uprights.

2009 Winter: Jeff drained the water system, blew out the water with a compressor, & dumped in RV antifreeze.  Unfortunately, the water pump had a bit of water hiding in some little loop & leaked all over the floor on our first camping trip in April 09. Had to get a new water pump then.

September 2008: In a rush to leave (late), didn't get the Atwood stabilizers locked in so they were wrecked when we started moving.  Use a set of 4 pyramid stabilizers (from Camping World) on pads on back (& front when needed).

July 2008: The third day in our new Casita, while camped in Orlando, FL visiting Jeff's daughter, the daily thunder storm was particularly violent and tore up our brand new awning.  Seems we didn't think to check & secure it since it was new.  Thankfully, one of the two Fiama distribution locations is Orlando. So we got another new (maroon cause blue wasn't available) awning. 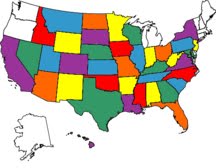 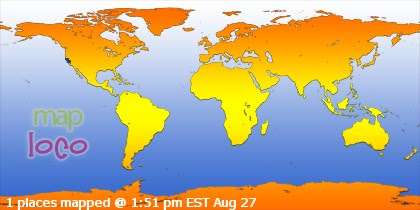